PM Dato Seri Ismail Sabri’s current position can be likened to being caught between the proverbial ‘Devil and the Deep Blue Sea!’ 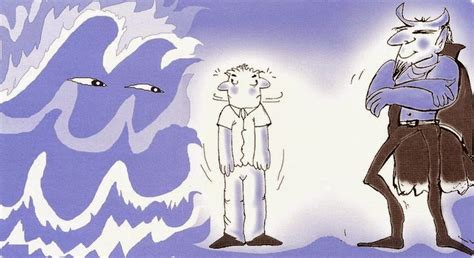 He is being pressured by his party president and other top leaders of his beleaguered party to dissolve the current 22nd coalition led parliament a.s.a.p. because they are worried of their pending fate of getting sent to prison, as what has happened to their former leader, Najib Razak.

You don’t have to be a rocket scientist, to know what’s happening!

Ismail Sabri needs to be wise and not destroy what he has succeeded to achieve since taking over the premiership from the previous Muhyiddin Hj Yassin led, PN government.

All the good that has been achieved since Malaysia survived the Covid 19 pandemic and economic recovery, can disappear overnight if those who are guilty of embezzlement, abuse of power and position are allowed to get away, scot-free, without getting retribution for their crimes.

All these exchanges or grouses are available on public domain. Nothing added or subtracted. As it was recorded and uploaded to social media.

This politician will say this and the other person does a tit-for-tat. PM Ismail Sabri needs to be aware of not getting caught in between the feuding parties.

They will scream, and shout at you, to do their bidding, but Dato Seri Ismail Sabri, you need to stay strong and be firm in not kowtowing to their demands. You have been on the right path. Not interfering in the judicial process.

Whatever has taken place as far as Najib’s SRC – 1MDB related case and resulting court judgment, sending him to prison, has nothing to do with you or the current federal government. The whole world knows that it was solely the Federal Court’s ruling.

We are all aware of how the recent gathering at Stadium Titiwangsa, of the BN supporters, turned out. Those who are feeling the heat of their pending court cases, are pressuring the incumbent Malaysian PM Dato Seri Ismail Sabri, to dissolve the current Malaysian Parliament, claiming that they are targets of selective prosecution!

We know that it isn’t so. If one is innocent, no worries. The truth will set you free. You may dilly dally, come up with a thousand of cock and bull stories or alibis, but when you run out of excuses, you’ll have to face the music.

The Ismail Sabri led, 22nd Malaysian Cabinet, still has another year, to be in authority.  Before the 15th General Elections is due to take place on or before, the 14th of September, 2023.

I am sure you can sense his haplessness, being pressured and goaded by those who are so desperate to escape from the long arms of justice.

There is a saying that goes like this, ‘If you are willing to do the crime, then be prepared to do the time!’.  No if’s or but’s about it.